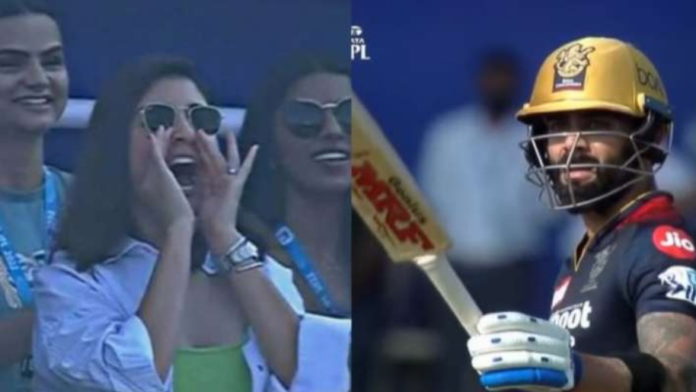 Cricketer Virat Kohli had been facing a difficult time over the last few innings in the ongoing Indian Premier League (IPL). However, he gave a massive hit with a fifty against the Gujarat Titans. He was being targeted for his poor performance when Kohli knocked 58 runs off 53 balls with six fours and a six to help RCB post a challenging total in the match.

The audience was in cheers when he gave his shot in the 13th over. Among them his wife and actress Anushka Shetty was spotted, cheering out loud on her husband’s half century.

She got up from her seat and gave a huge applause with the loudest noise possible for her cricketer husband.

Apparently, the actress is working on a cricket film, titled Chakda Xpress. It is the biopic of Indian pacer Jhulan Goswami who is a record holder in fast bowling in Women’s cricket.

Santosh Trophy this year goes to Kerala; The seventh one!!

Santosh Trophy: Kerala storms into final with 7-3 win over Karnataka