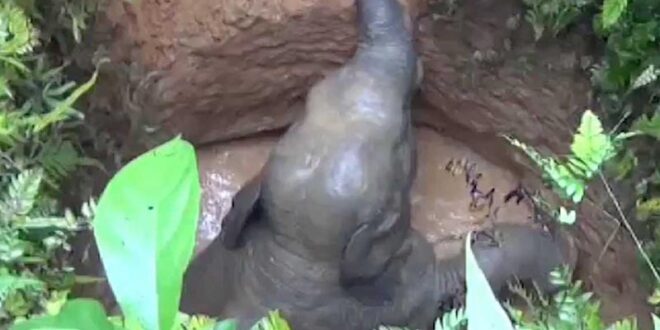 Amidst the protests from natives, wild elephant saved from the well in Kothamangalam

The Forest Department has rescued the wild elephant, which fell into a well in Pooyamkutty, near Kothamangalam. However, the rescue wasn’t a smooth affair, as natives had staged a protest before the forest department. Reasonably populated, the Pooyamkutty area has been subject to several wild animal attacks in the past. The frequent encroachments from wild animals used have serious effects on the crops cultivated by the people.

The natives had blocked the forest department’s attempt to rescue the elephant citing the same reason.  They raised the demands of building trenches and strengthening the fencing system, which would prevent wild animals including elephants from creating problems to the natives.