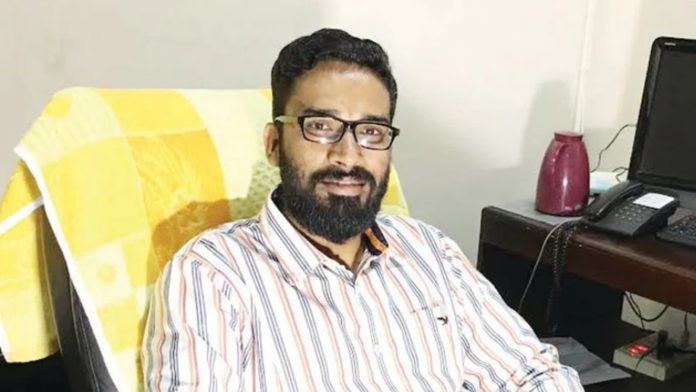 Amid severe backlash and protests, the LDF government on Monday transferred Alappuzha District Collector Sriram Venkitaraman to the post of General Manager, Kerala State Civil Supplies Corporation Limited. Sriram is an accused in a road accident that resulted in the death of journalist K M Basheer.

V R Krishna Tejas IAS took over the in-charge of collector in the Alappuzha district.
Venkitaraman was appointed as the collector of Alappuzha on July 24. He took charge of the post on July 26.

The state government took the decision after the opposition UDF, journalists unions and various Muslim outfits declared widespread protests against the appointment of Venkitaraman in the post with magisterial powers.

In its order, the government said the service of Venkitaraman, district collector, Alappuzha, is placed at the disposal of Food and Civil Supplies and Consumer Affairs Department for being appointed as General Manager, Kerala State Civil Supplies Corporation Limited.

The post has also been declared equivalent in status and responsibility to the cadre post of Joint Secretary to Government.

Last week, Chief Minister Pinarayi Vijayan had justified the decision, saying the appointment was part of his service as an IAS officer.