African-American man expresses vows in Malayalam for his bride; WATCH 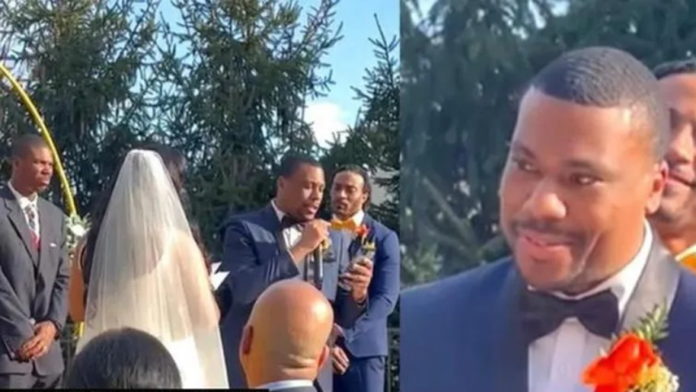 An adorable wedding vows of an African-American man has surfaced on social media. He is seen saying his wedding vows in Malayalam, his bride’s native language. The video has created a buzz over the internet.

The groom, Danzel A Pyror, exchanges vows in both Malayalam and English. He can be seen reading those on the phone while standing at the altar with his wife. He starts in English, mentioning Provers 18:22 from the Bible, “The man who finds a wife finds a treasure, and he receives favor from the LORD.”

He then says, “Ennikya daivatinte kripa kitti” which he translates to “I have found favor from the Lord.” He concludes his statement with the line, “Njan ninne snehikyunnu” which meant, “I love you.”

Sharing the video on Instagram, Jenova Juliann Pryor, the bride wrote, “My husband learned and said part of his wedding vows in my native tongue, Malayalam. I cried so hard”.

The video has garnered around 82.6K views accompanied by several likes and comments.