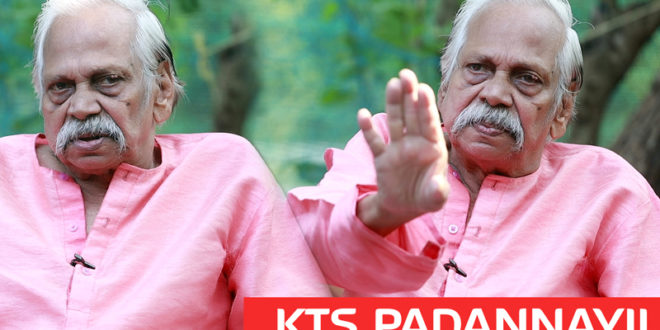 Thripunithura: Famous film and serial actor KTS Padannayil Died at the age of 88. He died at a private hospital in Kadavanthara on Thursday morning. He was undergoing treatment for congenital diseases of old age. KTS Padannayil, who came to cinema through plays, became famous for his comedic roles. He has been active in Malayalam cinema since the 1990s. He later acted in television serials. Even when he was a film actor, he used to run a small store in Tripunithura.

He made her acting debut in 1956 with the play ‘Marriage Broker’. He then continued to act in amateur plays for a fee of five rupees. Later, he had a 50-year career in professional theater. He has worked in many play committees like Vaikom Malavika, Changanassery Geetha, Kollam Thuna, Attingal Padma Shri, and Edakochi Sargachetana. He married to Ramani and has four children Shyam, Swapna, Sannan, and Sajan.