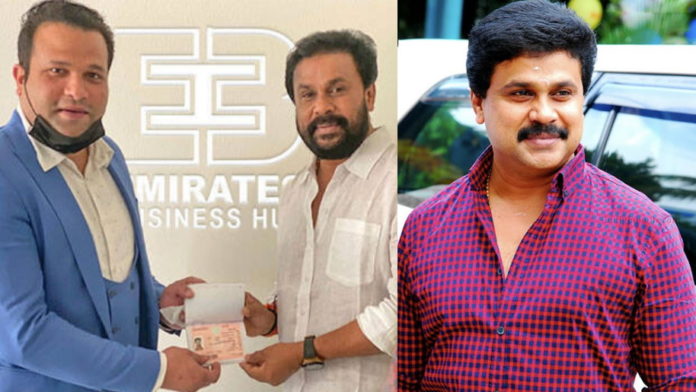 Malayalam actor Dileep is the latest celebrity to receive the Golden Visa from United Arab Emirates. The Golden Visa issued by the Government of Dubai is valid for ten years.

Holders of Golden Visas can live and work in the country without the assistance of a sponsor. This visa will be automatically renewed after 10 years.