A Forest Department watcher Shakthivel who went viral after sending away a male elephant back into forest ,killed in wild elephant attack 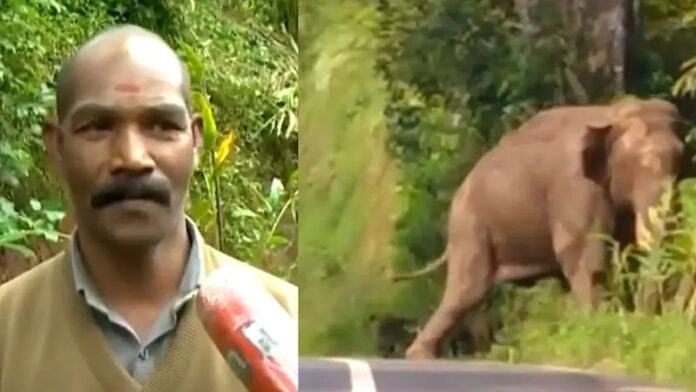 A forest watcher was killed in a forest attack. Shaktivel, the watcher of the Devikulam Forest Range Office, who went viral two months ago after scolding an elephant on the road, was killed. Shaktivel is a native of Idukki Shanthanpara. The attack took place while driving a herd of wildebeests at Panniar Estate.

Shaktivelin was assigned to prevent wildebeest attacks in the elephant hunting area. It is reported that the wildebeest attack took place around 6 o’clock in the morning. The information about Shaktivel’s death came out in the afternoon.

Two months ago, when Sakthivel on a scooter told a wild dog that had come on the road, the video of the cat barking like a little boy was widely circulated on social media. After this, the video of the Katana forcefully repelling the two bikers also went viral.

Shaktivel is a watcher that has attracted a lot of attention.