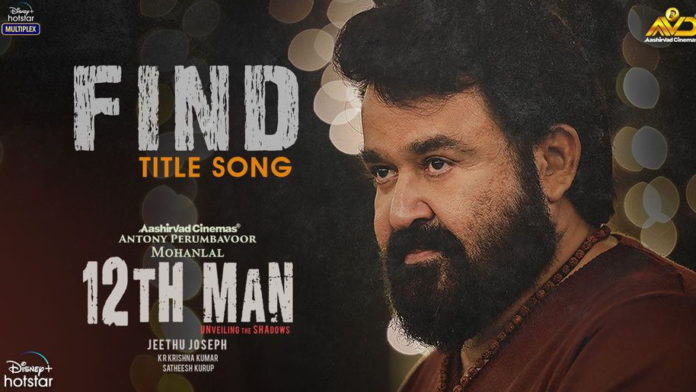 Ahead of the release of Mohanlal starrer ’12th Man’, directed by Jeethu Joseph, the title song from the film was released on Tuesday. The film will release on May 20 on Disney Plus Hotstar.

Vinayak Sasikumar penned the lyrics for the English song ‘Find’. The song was composed by Anil Johnson and sung by Souparnika Rajgopal.

After the success of Drishyam 2, Jeethu Joseph is back with yet another thriller suspense film titled, ’12th Man’, starring superstar Mohanlal in the title role.

’12th Man’, is a mystery thriller film, where twelve strangers from different walks of life are invited by an unknown host to attend a private party at a solitary bungalow remotely off the city limits. The screenplay was written by K. R. Krishna Kumar.